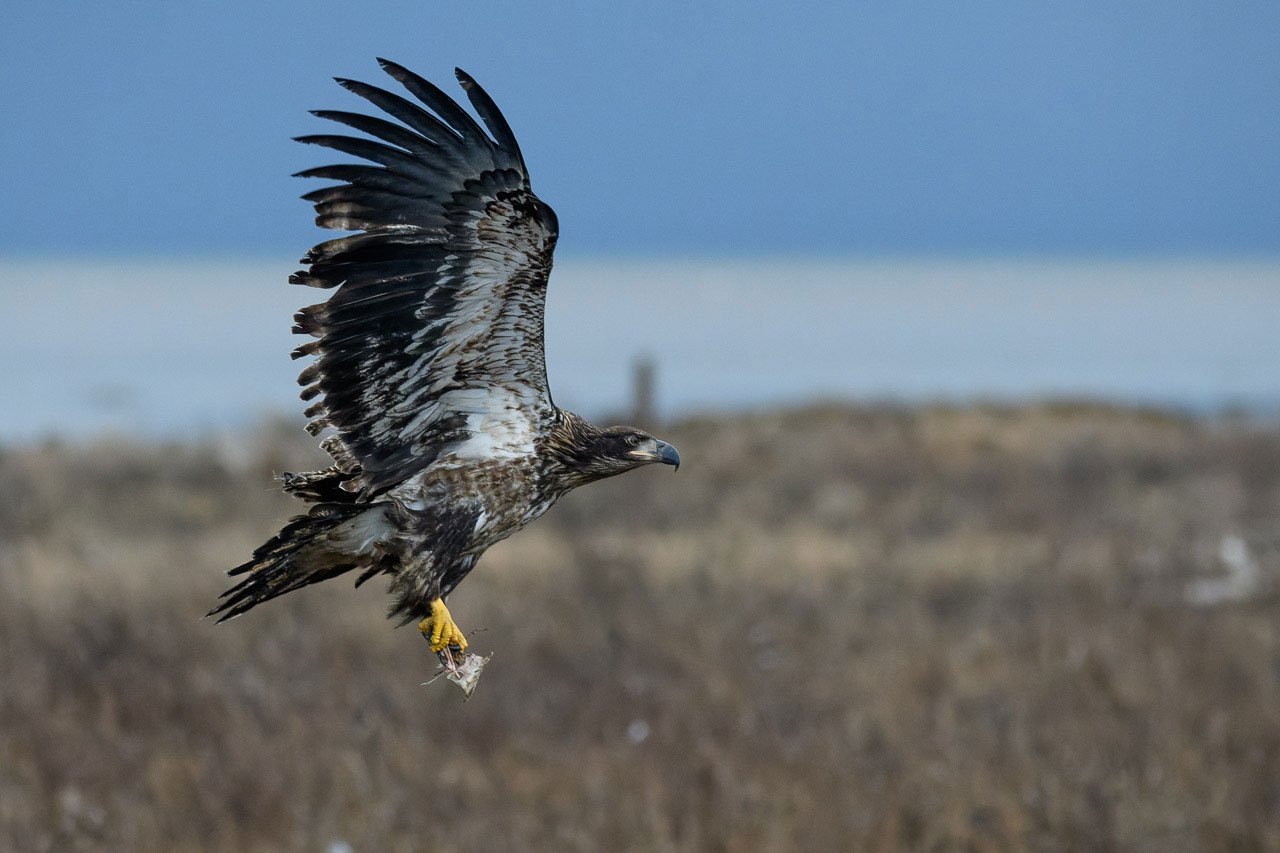 Join us on the best bird photography workshop in British Columbia featuring the most significant Bald Eagle migration in the world! British Columbia is the winter home for 2000 to 8000 Bald Eagles during their winter migration south to feed on the spawning salmon and to breed. They linger in the area through the winter months, raising their young before returning to their summer territory in Northern BC and the Yukon.

The bird photography workshop is organized for this time of the year because it is when the Bald Eagles put on their best show. You’ll be able to photograph all kinds of bird behavior from flying, besting, flirting, mating, eating and if we are really lucky, aerial battles with eagles In other words, you will be clicking a lot!

There are birds galore on the best bird photography workshop in British Columbia. In addition to the eagles, hundreds of thousands of migrating waterfowl are cruising the Pacific Flyway for their annual migration. All of the ducks and geese in one space causes the local raptor population to converge on the same area for easy hunting. All in all, this makes winter a very birdy season in British Columbia, and we are going to show you the best of the best!

We have lead this bird photography workshop for several years, and each year we tweak it as our local knowledge grows. We know the best locations, best times, heck we even “know” some of the birds! You will be set up for your photography in the best areas with the most birds at the peak time of the Bald Eagle migration in British Columbia! 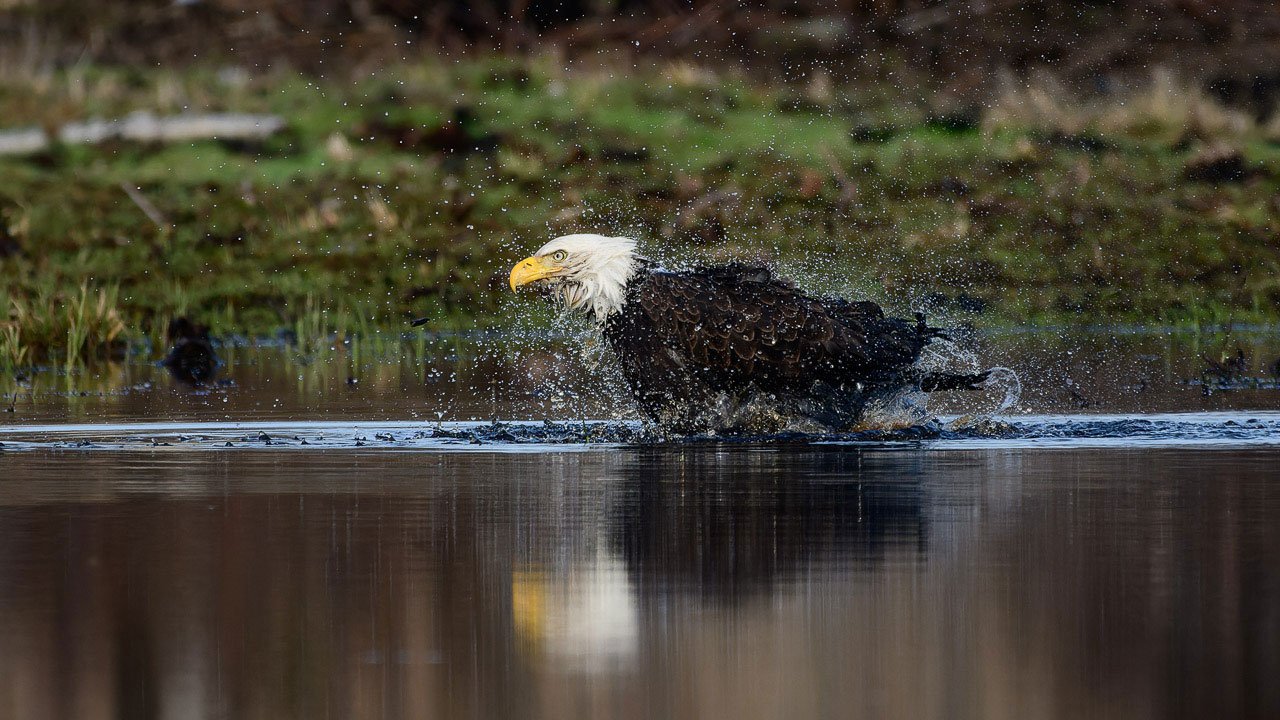 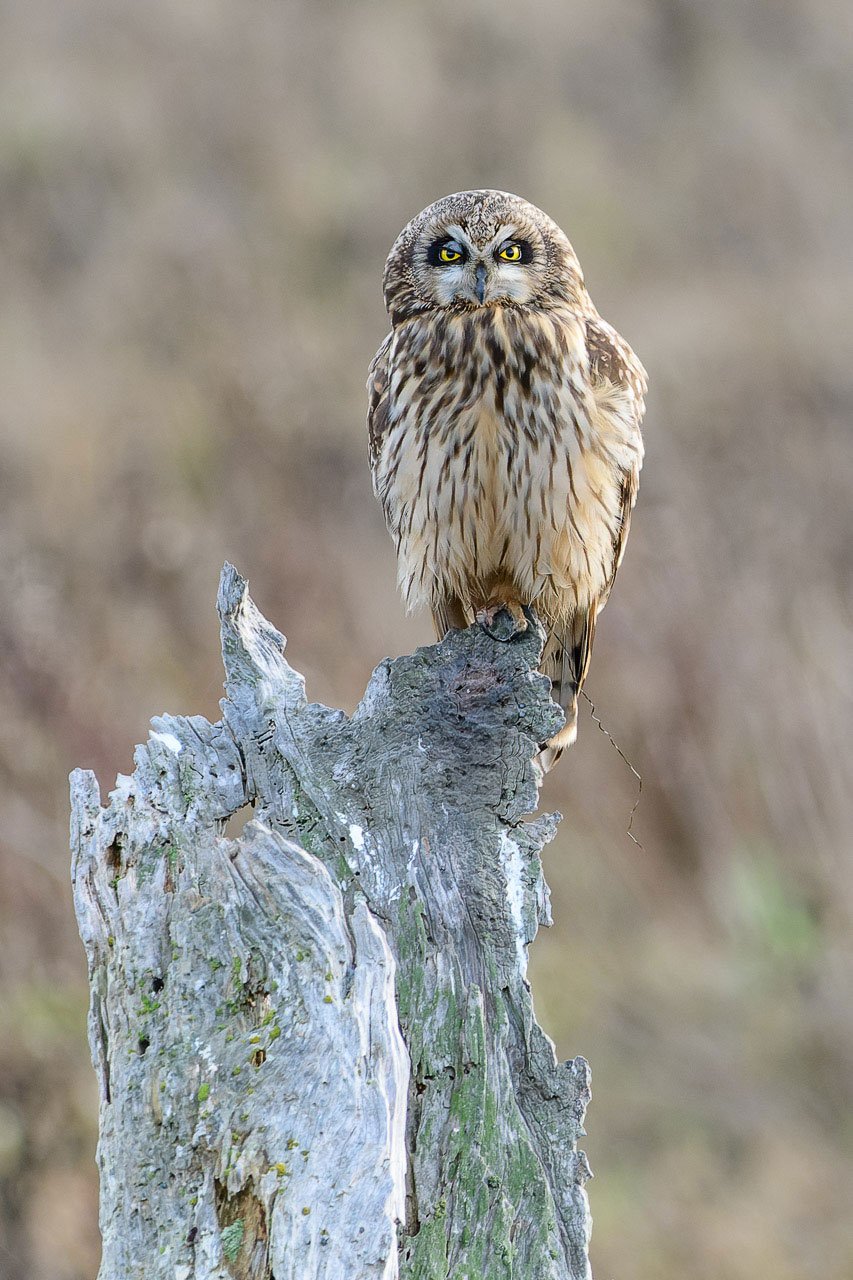 Pick Up attendees from the Vancouver airport or local area hotel at noon on day one and taken south of Vancouver to photograph all manner of birds.

After our afternoon shooting, we will check into our local hotel in Delta, BC, and go have a group dinner to go over the rest of the week’s activities.

Birds Galore, we photograph all manner of shorebirds and very likely to se owls and eagles as well. We will depart this area after our full day taking photos and check into our hotel near the bald eagle migration area in Mission, BC.

It’s all about finding the eagles today. We have scouted many areas in the Frasier Valley and are confident that we will photograph a lot of eagles for the next few days,

We are available for a group download and edit every evening.

We will check out of our hotel and head back to an area south of Vancouver to look for owls and raptors that call this area home during the fall and winter season. After that, we will take you to the airport. Please schedule your departures after 3 pm and you will be transported to the airport

Inclusions: Single Accommodation. All breakfasts, Instruction in the field with your photographer guides, Image critiques.

Exclusions: International or domestic airfare. Travel Insurance, Alcohol, Items of personal nature, dinners are not included, Anything not outlined as included.

Check back later, it’s way too soon to tell you what to expect.

I’ve been very passively advising my clients to purchase travel insurance for a while, but lately it seems like there have been multiple people having travel issues. Some have lost their deposits and sometimes even the cost of the entire trip!

Based on my client’s experience, I cannot stress more strongly how crucial it is to purchase travel insurance. Like I said before, and here it comes again, there is never a way to predict what is going to happen when you are booking trips months and years into the future.

You can read more about my thoughts about the importance of travel insurance in this blog post.

Or you can go get a free quote and book your vital travel insurance.

The next step is to send me a deposit via an online registration. If you don’t like to pay online, you can send you deposit by mail. About 90 days before the workshop you will receive a bill for the balance.

There will be emails sent as we get closer with more specific details. Please feel free to check in at anytime with any questions that you have.

By submitting you agree to the workshops Terms and Conditions.

I just wanted to thank you again for a great experience with you and your class. I really enjoyed getting to know you and am a big fan of your sense of humor and expertise.… Read more “A great experience”

Jeff makes the experience interesting, exciting and educational. In addition to sharing his knowledge and in depth experience as a photographer, he also shares his knowledge of the locale, the wildlife and fun facts about… Read more “Beyond Amazing”

Met and exceeded my requests and expectation

All in all a fantastic trip.

I must say this trip was amazing on all fronts. I truly enjoyed photographing with you, and I also very much appreciate all of your time and the one-on-one education you gave me on Lightroom.… Read more “All in all a fantastic trip.”

I tend to view the success of a wildlife photography trip by the numbers of “big winners” I get. This workshop was one of the best. Jeff’s sessions are well prepared and his experience really… Read more “Outstanding Photographs”